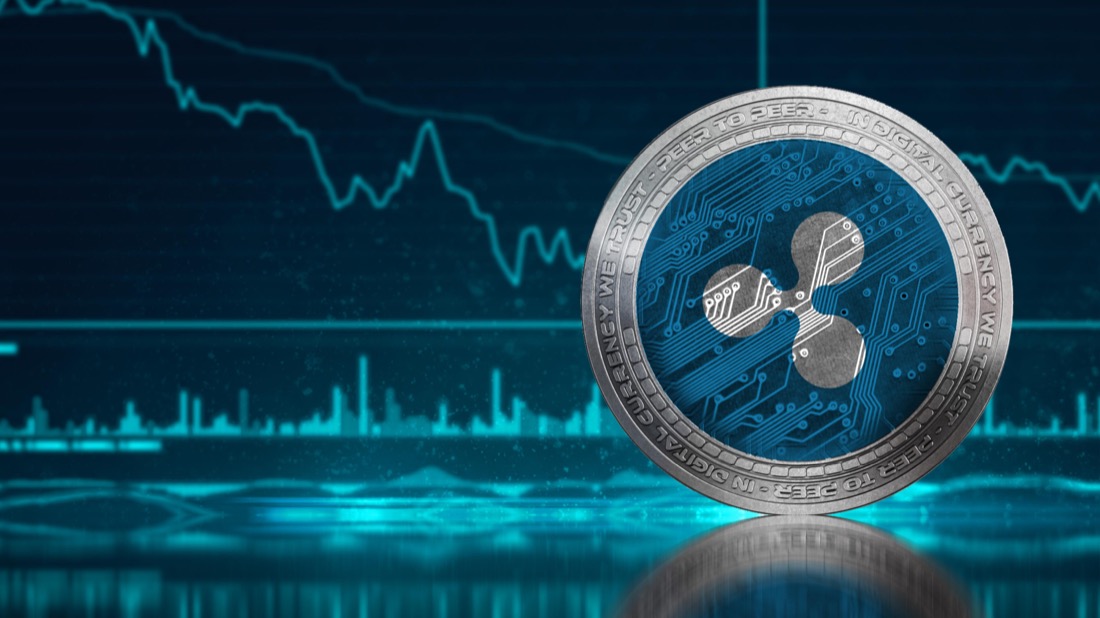 Ripple publishes the quarterly XRP Markets Report to provide regular updates on the state of the market, including quarterly programmatic and institutional strategy and sales, relevant XRP-related announcements such as Xpring and RippleNet partnerships, and commentary on previous quarter market developments. As an owner of XRP, Ripple believes in proactive transparency and in being a responsible stakeholder. Ripple urges others in the industry to follow its lead to build trust, foster open communication, and raise the bar industry-wide.

In June 2019, Ripple shared that the company’s sales of XRP in Q2 2019 would be lower as a percentage of reported volume than in the previous quarters due to the concerns about misreported, falsified and inflated reported trading volumes.

Ripple worked with trusted partners to evaluate new sources of legitimate trading volume. After evaluation, Ripple decided CryptoCompare’s Top Tier (CCTT), the exchanges rated “AA,” “A,” and “B” by its Exchange Benchmark, offers a more complete look on the quality, regulatory environment, management, and structure of exchanges that filter out a majority of unverified volumes. Publicly available sources of trusted trading volume are still in relatively early stages, but CCTT is in line with what Ripple believes to be more accurate XRP trading volumes. For now, Ripple will use CCTT as its benchmark, and will continue to work proactively with industry participants toward resolving the issues around unreliable industry volume data.

Q2 Sales
In Q2 2019, Ripple sold $106.87 million XRP in institutional direct sales and $144.64 million in programmatic sales. In total, the company sold $251.51 million XRP in Q2. Given the reports of inflated volumes, which Ripple took seriously, the company temporarily paused programmatic sales and placed limits on institutional sales to evaluate the problem in early Q2. Ripple later resumed XRP sales at a rate that was 50% lower versus previous guidance, at 10 basis points of CoinMarketCap reported volumes.

Future Sales
Ripple plans to take a more conservative approach to XRP sales in Q3. As noted, the company switched benchmarks to CCTT and will target programmatic sales at 10 basis points of CCTT reported volumes.

Institutional (OTC) Sales
Ripple’s long-term view is that efficient, liquid XRP markets should resemble the traditional FX markets, given XRP’s use case of global value transfer. As a large portion of FX trading occurs on the OTC markets, in 2017, Ripple began providing, through XRP II, a licensed subsidiary, OTC purchases of XRP to meet institutional demand, at a time when XRP/USD liquidity was limited. Since then, XRP listings increased as Ripple has partnered with the top digital asset brokers and used inventory to serve as a backstop for XRP liquidity. This allowed these OTC liquidity providers the ability to source XRP, even when institutional quantities of XRP were difficult to access across exchanges.

Ripple decided to pull back from providing XRP over-the-counter at scale toward the end of Q2, in light of the OTC desks’ ability to source institutional demand for XRP in the open markets. Going forward, Ripple plans to focus institutional sales on markets where the on-exchange liquidity for XRP is insufficient to meet institutional demand.

Programmatic Sales
Ripple’s programmatic XRP sales have been done with the goal of minimizing market impact. The company did this through limiting XRP programmatic sales to what it considers a small percentage of traded volume, which was executed across multiple exchanges. Ripple relies on programmatic sales partners who mainly execute trades passively; their trading volumes do not vary based on changes in the price of XRP, but they do increase as overall XRP trading volumes increase.

As discussed earlier, because of misreported trading volumes, Ripple has changed its sales strategy and benchmark for Q3, and will continue to closely monitor the situation.

In Q2 2019, three billion XRP were again released out of escrow (one billion each month). 2.10 billion XRP were returned and subsequently put into new escrow contracts. The remaining 900 million XRP not returned to escrow are being used in a variety of ways to develop use cases for XRP, including Xpring initiatives and RippleNet partnerships (such as MoneyGram). All figures are reported based on transactions executed during the quarter.

The overall market capitalization of digital assets increased by 122.86% from Q1. XRP price gained 28.20% over Q2, ending the quarter at $0.40 on coinmarketcap.com

For reference, according to coinmarketcap.com, the average XRP daily volume was $1.74 billion.

Q2 saw the highest number of customer transactions on RippleNet. In fact, the number of xRapid transactions increased 170% from Q1 to Q2 and Ripple had a 30% increase in the number of live xRapid partners in Q2. Ripple anticipates this momentum in transaction volume to continue as more partners and customers go live.

Notably in Q2, Ripple announced it agreed to enter into a strategic partnership with MoneyGram (NASDAQ: MGI), one of the world’s largest money transfer companies. The company operates in the $600 billion global remittance market, serving millions of customers in more than 200 countries and territories, supporting multiple currencies. Through this partnership, which will have an initial term of two years, Ripple would become MoneyGram’s key partner for cross-border payments and foreign exchange settlement using digital assets. In conjunction with the partnership, Ripple has agreed to provide a capital commitment to MoneyGram, which enables the company to draw up to $50 million in exchange for equity over a two-year period.

The partnership with Ripple focuses on the xRapid product. xRapid is a solution for on-demand liquidity, which leverages XRP, the native digital asset of the XRP Ledger, as a real-time bridge between the sending and receiving currencies.

Xpring is Ripple’s initiative to support the open source community of developers, building on the decentralized XRP Ledger and use cases for XRP on that ledger. This support is done in two ways: 1) helping innovative blockchain projects grow through partnership and investment; 2) building crypto infrastructure through contributions to open source crypto protocols such as the XRP Ledger and Interledger projects. In addition, Xpring is building a developer platform to support open source developers to leverage these protocols. Xpring makes investments using a mix of traditional currency and XRP.  XRP investments are generally subject to sales restrictions and intended for direct use in the tools and services being developed.

Companies and developers continued to build on the XRP Ledger, and utilize ILP and XRP. Significant developments from companies and projects, which Xpring invested in and supports, include:

Technology companies enter the space
New entrants into the ecosystem brought global awareness around crypto and blockchain. Most notably, Facebook’s announcement of the Libra whitepaper in June brought mainstream attention from all audiences. Akin to JP Morgan’s announcement of its JPM Coin trial, the news brought market validation to the space, highlighting the benefits that blockchain and crypto bring to payments. However, Facebook faced significant regulatory headwinds as regulators questioned the company’s ability to protect consumer data and comply with anti-money laundering and know-your-customer laws. Facebook was not the only tech company that announced it was breaking into crypto and blockchain this quarter:

Banks continue to bet on crypto and blockchain
Established banks continued to show interest in blockchain and crypto as they build their own private blockchain solutions and tokens. Last quarter, a group of 14 financial firms led by UBS including Barclays, Santander, and Canadian Imperial Bank of Commerce created Fnality International to aid in the development and launch of a utility settlement coin (USC) to improve cross-border payments. JPMorgan announced that it will start customer trials of its JPM Coin with corporate clients, and Goldman Sachs CEO said the bank is doing extensive research on asset tokenization and stablecoins.

Q2 was marked by increased regulatory activity, landmark partnerships and high profile announcements from new entrants and key industry players. These activities underscore the continued maturation of the blockchain and crypto markets. In addition, Ripple has taken proactive steps to address the issues of inflated volumes by reducing future XRP sales and changing its volume benchmark.